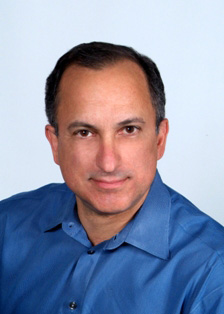 One popular approach to dealing with the diversity of religions is to adopt the view that each one—from Hinduism, Buddhism, and Taoism to Judaism, Christianity, and Islam—lays claim to its own spiritual world. No one religion has a monopoly on truth, enlightenment, or access to a supreme being. Given the diversity of faiths, a goal might be to seek understanding through a dialogue between followers of different belief systems while retaining a commitment to one's own faith. (See Harvard's Pluralism Project, whose stated mission is "to help Americans engage with the realities of religious diversity through research, outreach, and the active dissemination of resources": pluralism.org.) In this spirit, the Dalai Lama writes about a "true kinship of faiths," whereby followers of the world's religions are urged to seek a higher ground built upon compassion and understanding.

Pluralism and "kinship of faiths" models offer an attractive option for convincing those of different faiths that what joins religions—reverence for a higher ground of being—is much deeper than what divides them. Yet the "kinship of faiths" model also has a serious drawback. It assumes that both God and religious systems are static and unchanging, like a human being who has been transmogrified into the stone shape of a praying figure. This view assumes that, in contrast to even the lowest of life forms, God or Spirit does not itself evolve.

What I would like to suggest in this article is something radically different—that religious systems are not static and that God is an evolving being.

In the first place, what do I mean when I say that religious systems are not static? I mean that all religions strive for an endpoint—moksha (liberation from the wheel of rebirth) to Hindus, nirvana to Buddhists, harmony with the Way for Taoists, and the arrival of a messiah or Judgment Day for the Abrahamic religions. So let's suppose that at some point, prayers are answered, and enlightenment is reached or revelation is concluded. This presupposes, at the very least, that the perspectives of the world religions as they exist now are incomplete and subject to growth and change over the course of time.

Let's next suppose that God is not a static, unchanging Being, but rather the ground of being that itself is evolving through time. From this perspective, we can view history in a Hegelian sense, and see that humans over time evolve spiritually in alignment with the evolution of God.

If, as the Upanishads teach, the individual self (Atman) is God (Brahman), then perhaps individual people express the forms of God over time. We then have two parallel tracks: God, or the one mind, evolves through time to recognize that it encompasses all reality. From the perspective of the individual, people evolve spiritually through time to realize they are God, collectively and individually. The human form is thus a physical reflection of God's struggle to understand itself and the world.

Some may believe that since God is infinite, it already possesses all possible qualities, so there is nothing for it to evolve into. This abstract thought, however, may ignore reality and disparage the very object of reverence. If there is a God, it is alive, and, like all living things, it cannot help but learn and grow with time and experience.

The supposition that Spirit evolves with time is a cornerstone of the idealist philosophy of the German philosopher G. W. F. Hegel (1770-1831) and others. In his History of Philosophy, Hegel wrote, "Everything that from eternity has happened in heaven and earth, the life of God and all the deeds of time simply are the struggles for Spirit to know itself, to find itself, be for itself, and finally unite itself to itself." The objective of world history, according to Hegel, is for Spirit to know itself as encompassing all reality; the "history of the world, with all the changing scenes which its annals present, is this process of development and the realization of Spirit—this is the true Theodicea, the justification of God in History...what has happened, and is happening every day, is not only not â€˜without God,' but is essentially his Work."

These ideas are echoed by other thinkers. For the Indian philosopher Sri Aurobindo (1872-1950), man is a being in transition to a higher form of existence; over time he climbs the ladder of consciousness from Higher Mind and Illumined Mind to Supermind and Overmind. Along the way, the rising consciousness molds new physical forms (or species) and with this expanding awareness eventually carries out a divine life on earth. For the French philosopher Pierre Teilhard de Chardin (1881-1955), evolution is synonymous with the rise in consciousness. Drawn upward by the Omega Point (resembling the Christian God), consciousness continues its ascent as it converges toward God and world unity.

In the process philosophy of the English philosopher Alfred North Whitehead (1861-1947), time and change rather than things represent the fundamental reality. God is both the source and the end of the cosmic process. To Whitehead, "God is the infinite ground of all mentality, the unity of vision seeking physical multiplicity. The World is the multiplicity of finites, actualities seeking a perfect unity."

The thought that Spirit evolves in time may seem abstract and otherworldly, but the point is actually simple. I mean that if God (or the underlying ground of being) is a creative force, or mind, then it cannot help but grow, mature, and evolve with time. Let's try two examples.

Imagine a child prodigy who, at sixteen years old, plays the violin better than all of the great masters. She controls the instrument and plays it as if the course of history led to her having the violin in her hands. But over time she practices, learns from experience, and gains greater mastery. The creative force changes and improves with time. She was a master at age sixteen, a better one at twenty-six, and so on. Creativity and talent, even when unlimited, improve when driven through the grindstone of experience.

Here is another example. Who will be better at predicting the technology of 2020—a futurist in the 1890s or one in the 1990s? Even though the earlier futurist may have had a virtually unlimited imagination, the later futurist has the benefit of a hundred years of technology to stimulate the same imagination. The deeper into the future the mind travels, the more it knows more about what the future may bring.

Now imagine God as an evolving Spirit or mind moving in time and adopting different physical forms. Is this an odd thought? Not really. This viewpoint matches up well with the concepts of reincarnation or rebirth integral to Hinduism and Buddhism. Under these concepts, upon death of a physical body the inner soul reemerges to undertake a new bodily form. This process of rebirth continues until the Hindu reaches moksha or the Buddhist attains nirvana.

Viewing God as an evolving Being—with humans acting out this process of evolution in physical form—furnishes a basis for reconciling the world's religions. With this assumption, we can interpret the great religious texts, such as the Bible, Qur'an, and Upanishads, in a new light. In these texts, the authors are simply articulating the word of God as God understands itself at that time.

This means, for instance, that the Qur'an would be the word of God spoken to Muhammad, but in the language and mind-set of Spirit's stage of evolution at that point in history. The same would be true for the Old and New Testaments. Under this interpretation, Jesus Christ becomes, like Moses and Muhammad, a voice of the one mind of God who brings a message of peace to the earth.

From this perspective, we can see a flaw in current religious orthodoxy. It is often assumed, for example, that when Muhammad articulated the word of God in the Qur'an this literal message would hold for all eternity, as if it were engraved in stone tablets handed down from heaven. But if God is viewed as an evolving Spirit, with Muhammad as a messenger, then the Qur'an simply represents God's understanding of itself at a specific time in history.

Is this view blasphemous? How so? It simply acknowledges that an infinite Spirit itself evolves through time, coincident with the spiritual world of people. To read any religious text as the final word of God overlooks the fact that God itself is never "final," never complete, but always moving through history.

Eastern religions furnish a different perspective on the same theme. For example, Buddhists believe that life is suffering caused by an unhealthy attachment to the material world. The goal of life then becomes to achieve a release from this attachment and enter into the flow of eternal becoming. But the Buddha lived in a world of suffering, and his spiritual insight took him only as far as his place in history would allow. If escaping the world of rebirth means to dwell eternally in the world of nonphysical Spirit, then the natural question is, what is the purpose of the physical world? Under this new picture of God as an evolving Spirit, the goal is to escape the wheel of rebirth by escaping death itself: the one mind of God finally comes to understand itself and realizes it not only encompasses all reality, but also is at the source of reality. God comes down to earth as the man-god.

Thus, if we place the founders of the world's great religions in time and overlay their teachings and revelations against the backdrop of a God evolving in time, we come upon a different way to unite religions. Each faith, it turns out, expresses the mind of God trying to understand itself as it strives for complete knowledge and enlightenment; but each faith can reach only as far as God's level of maturity and knowledge can take it at a given point. If this approach is on the right track, we would expect humankind gradually to draw in the Spirit of God, to move away from projecting God as an outside power and, consistent with other evolutionary philosophies, eventually reach the point where it consciously carries out the life of God on earth.

Each faith ascends the same mountain but along a different path. At the top of the mountain, we find not separate spiritual worlds, but a place for all faiths under the sky of the evolving mind of God.

Philip Mereton is a practicing lawyer with a philosophy degree who lives with his wife and daughter in Glen Ellyn, Illinois.  He is the author of The Heaven at the End of Science: An Argument for a New Worldview of Hope. He can be reached at philipmereton@yahoo.com.