Viewpoint: The Clarity of Coincidence 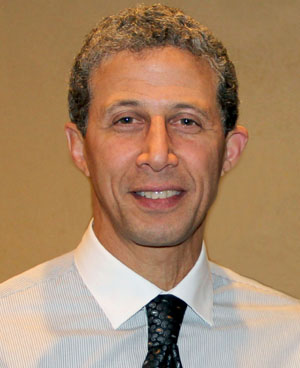 One of the consistent experiences of people who have had a near death experience (NDE) is the life review where in one form or another the important actions and pattern of a lifetime are made clear. The review it is often the case that what in one's ordinary life had appeared meaningless or insignificant, is shown to be vitally important. Frequently this review of the events of an entire lifetime takes place in a few seconds of "real time". The immediate aftereffect of this experience is commonly a sense of purpose and direction.

This extraordinary capacity for a vision which sees the whole and unerringly illumines with the light of a wholistic understanding is one expression of the spiritual intuition — in theosophical terminology, buddhi. While this expansive and illuminating intuition is an ever present potential for us, in our normal lives it seems inaccessible, or at best, sporadic.

Certainly the drama and intense clarity of the NDE review will not be the norm for many of us, but our access to intuitive insight is perhaps more common than we acknowledge. It has a way of appearing in subtle ways and unsought moments . Often people access this part of themselves is in those moments of gratitude, absorption, or admiration - of the colors of Fall, a sunset, watching a baby take its first steps. Or it may come  in moments of crisis, or even despair, those times when we  momentarily stop recycling our list of worries, wants, and frustrations, allowing the blinding constraints of self-centeredness to briefly slip away. In those moments what is unveiled is a very pure vision — a dimension of the illumined mind (manas taijasi) — an inherent quality of the mind that knows without knowing why,  unobstructed by the noise and activity of our usual personal emotion and thought.

When we look closely we can sometimes become aware of a mysterious pattern in our lives. Intuitions, synchronicities, promptings — the many forms for the whisperings of the inner self — seem to mark our lives, revealing a web of connection with a greater life.

In recent days I have found myself thinking about a time when the workings of this unconscious knowledge subtly, but profoundly affected my own life. At the relatively young age of nineteen, like most of my friends, I found myself in college stumbling through life, having a mixed bag of experiences, and trying to figure things out. Spirituality and consciousness were not on the radar for me. It would be safe to say that I fit the stereotype of the clueless teenager, thinking I knew a lot and at the same time feeling lost. With the clarity of hindsight it is easy to see signs of an inner movement and a series of "coincidences" that were subtly preparing me for what lay ahead.

The first in a series of coincidences occurred when a friend dropped me off at the bus station to return to college. In a casual conversation he mentioned fasting. He did not know anything about it, and I knew less. I think he had seen something about it on TV. When I got back to school I became the talk of the campus when for the next week I would come to the cafeteria at meal times and fill my tray with 4 or 5 glasses of juice and nothing else. On the bus back to school I had developed the firm conviction that I would try to fast, and in my mind a weeklong fast seemed like a reasonable time.

There is the expression that "God looks after babies and fools". Looking back on my fasting episode, I can attest to the truth of it. During the week of my initial fast I continued to play vigorous sports, even competing in a basketball tournament. When I broke my fast it was with a stack of blueberry pancakes covered with Aunt Jemima syrup! Clearly the actions of a fool. Remarkably, in spite of my bad form, during the time I was fasting I experienced periods of clarity and mental focus that let me know there was something to this process. I would later discover a body of literature that addressed both the health and spiritual dimensions of fasting.

Soon after my fasting episode I soon decided to become a vegetarian, not for health reasons, or because of the cruelty involved in an animal diet. I did not know, and had never known anyone who was an actual practicing vegetarian. At the time that I made the decision I was not impelled by any clear logic or base of knowledge. It was just something I felt I had to do. One immediate result was that I felt better — a little more energetic, a little more clear. Again, I later came across facts to support my findings.

In one of those late night conversations that college students are famous, I remember my roommate and I recounting tales of all the fascinating, hip, and cool things we imagined we were doing and arriving at the conclusion that we really had it all together. The only thing we were missing, in our estimation, was that, we need direction! We both laughed at the incongruity of our braggadocio and the unvarnished realization that fundamentally we were lost. Although this exchange could have ended up as merely another idle college conversation, when I heard myself say those words I had the sense that a profound yearning had found its way to the surface. What to do about it? I did not have the faintest idea, but the recognition of the need stayed with me in an uncomfortable way. It is one thing to be lost and not know it — to be blissfully ignorant; it is something completely different when you know.

Two months later found me traveling from my home in New York City to Chicago for spring break where, in what could be thought of as an utterly coincidental chain of events, I would meet a man I had not known existed who for the next thiteen  years would come to fill a role that had been unknown to me— that of  spiritual teacher.

The term divine discontent, or divine discomfort has been used to describe the in-between state of "knowing" that there is something more, yet feeling separated from it. In the terminology of Buddhism we become aware that ordinary living is "unsatisfactory" — incapable of satisfying the newly sensed deeper need—and that only a radical restructuring of our outlook and approach will address it. One of the problems with awareness is that once you know something you cannot unknow it. Certainly many of us develop coping mechanisms to try to deny or forestall the necessary changes that a dawning awareness indicates. One strategy which is often employed is busyness. We involve ourselves in a host of activities — family, job, community, social pursuits — and convince ourselves that we just don't have time for inner work,  that maybe later when our schedule eases up we will address it. Ultimately the intense effort required to mask the discomfort is futile. In quiet and unexpected moments it breaks through.

Francis Thompson's poem "The Hound of Heaven" describes the attempt to escape from the pursuing divinity (symbolized by the Hound) :

The result of the effort is also described in various lines of the poem:  "All things betray thee, who betrayest Me." "Naught shelters thee, who wilt not shelter Me." "Lo naught contents thee, who content'st not Me."

Most of us expend a lot of energy trying to avoid discomfort. If we were honest with ourselves, we could acknowledge that the times in our lives when we have experienced our greatest inner growth have often been times of extreme discomfort marked by crisis, uncertainty, even despair. These times in our lives seem to invite unexpected realizations. When the quick fix and the practiced response fall short, we find ourselves thrown back on deeper resources. At times like these some people do not merely call out for an answer, but take the unfamiliar step of also listening for a response. In this humbled state where the mind's capacity for the ready answer is superceded, we listen intently for the utterings of the "still small voice" of the intuition. The Sufi mystic Jallaludin Rumi said about this state, "Every need brings in what is needed. Having nothing produces provisions". Those provisions often arrive in circuitous and unexpected ways.

In times of need, of "having nothing", an open and intense attention comes easily. The great teachers and mystics suggest that this is more than an emergency option. It can be a way of life, as dependable as the morning sunrise. Most of us will find this self emptying process daunting. We are not looking to feel uncomfortable or uncertain. But in the words of a Chinese saying, "To be uncertain is uncomfortable, but to be certain is ridiculous". There is a higher pattern of possibilities which reveals itself from moment to moment in all of those life events which can appear trivial, mundane, or coincidental. Let us try to embrace uncertainty with a watchful mind, patiently waiting for the clarity which must come.