What I Know about Love: The Making of a Mystic 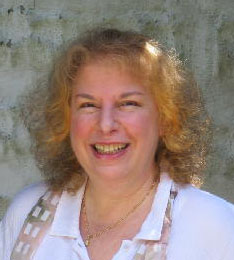 Love is the most complex word I know and the sim­plest. There are so many ways to understand and expe­rience it, yet for me the very first time I felt fully loved became the barometer for everything I would identify in this way afterwards. I was about six years old, sitting on my front porch around dusk, feeling, paradoxically, very unloved. My physician father was in his office busy with patients, my mother was ensconced in the kitchen with her radio and the dishes for company, my sister and brother were off in their rooms doing who knew what, and no friends were outside at that moment either. I began to stare at the sky, just then morphing from blue to purple; it matched my mood.

My young mind, caught up in the illusion of lone­liness, began to think how unfair it was that no one seemed to care about me. An enormous longing welled up in what I now know to be the area of my heart chakra. Overwhelmed, I cried quietly for a while until my anger at what I believed to be the injustice of a world so willing to abandon me was sated. Then, empty of that pain, I simply sat and observed.

The theatre of vast blue fading fast, casting new shades of splendor on the moments-ago-green grass was a magic show, punctuated here and there by grace­ful dancers, trees bowing in the early evening breeze. This same gentle wind caressing my cheek drew me into the performance. Time passed unnoticed. A sooth­ing chant from the insect chorus playing background music for the gradual descent of the sun easily replaced my earlier sense of separateness with a new and com­forting feeling: oneness with my surroundings. Breath­ing deeply of earthy incense, I belonged to this world and it belonged to me.

Though I would not have described it in these words at the time, I felt a part of it all, safe, loved, and cared for by something larger than I had ever imagined before. The cavity of my chest filled with a kind of glow that grew as I sent my love back to the sights, fragrance, feelings, and sounds that had inspired this unity. In the act of appreciating and mirroring creation's beauty back to itself, I had my first experience of what I believe to be love.

As I grew up, it became apparent that every day is full of opportunities for giving and receiving, moving from our loneliness as humans to find deeper forms of connecting with each other and the world that sur­rounds us. It is as if on this planet there really are only two rooms; in the first, we dwell together, and in the other we are essentially alone.

There is much beauty and also great sorrow in the latter abode. No matter how many souls come and go or how much they may mean to us, those cherished ones are like the golden leaves of autumn, sweet corn con­sumed, or the passing scent of rose on a warm summer afternoonâ€”all lovely, all transient. Yet in love's room, alive with a blaze more brilliant than the sun, we are one: a part of love as well as everything that is, was, or will be.

Every day we wake up with a chance to see the world, to inhabit this room, in a new way. With dis­cipline and an enduring longing, we can follow the clues that reveal why the bursting heart of childhood is so soon stilled by those who had their innocenceâ€”their innate, intuitive link with the divine as it mani­fests here on earth and beyondâ€”early tampered with too. As we flow from youthful phases to more enlight­ened levels, our lives are like unwrapping a gift that a dear one has exquisitely sequestered in plain sight. This dear one is Spirit, and the layers of illusion are lifted through the lessons involved in living our days, generously nurtured by a rich and often difficult har­vest, until we grow into our authentic Self, who is none other than love.

Arlene Gay Levine, author of Thirty-Nine Ways to Open Your Heart: An Illuminated Meditation (Conan Press) and Movie Life (Finishing Line Press), has had poetry appear in many venues, including The New York Times, an off-Broadway show, and on CD. She served as a judge in the 2011 and 2012 Illinois State Poetry Society Contest. Her article "Seasonal Poetry: A Path through the Woods" appeared in Quest, Spring 2011. Visit her Web site at www.arlenegaylevine.com/.