We humans know that we could be much more than we ordinarily are. But what is this? What potential do we have that we could develop more fully? And who could tell us what this potential is?
There is a body of knowledge that answers these questions. It provides theory, practice, and techniques that enable us to free ourselves from the limitations of ordinary life and achieve greater happiness, wisdom, and peace.

This knowledge has gone by many names: the Ancient Wisdom, the perennial philosophy, the wisdom tradition. Because it is universally true, it is found all over the world, but it takes many different forms, depending upon the time and circumstances and the people it is addressing.

One version of this Ancient Wisdom in recent times is Theosophy. Derived from Greek roots meaning “divine wisdom,” it is a body of knowledge that tells us about our place in the universe and why the world is the way it is. Although it agrees in many respects with scientific theories, it goes past them in addressing unseen realities that we all experience, but often don’t understand. It answers many questions that people have, such as:

• Why am I here?
• What is the purpose of the universe?
• Is there a God?
• Why does there seem to be evil and injustice in the world?
• How can I have a purposeful and meaningful life?

The Theosophical Society in America

What do Theosophists Believe?

What do Theosophists Believe?

1. To form a nucleus of the universal brotherhood of humanity, without distinction of race, creed, sex, caste, or color.
2. To encourage the comparative study of religion, philosophy, and science.
3. To investigate unexplained laws of nature and the powers latent in humanity.

Stating your approval of these Three Objects is the sole condition of membership. All members have an equal right to follow any school of thought, but have no right to force their choice on others. The Society fearlessly encourages freedom of thought and expression, within the limits of courtesy and consideration for others.

Most Theosophists regard Truth as a prize to be striven for, not as a dogma to be imposed by authority. We hold that belief should be the result of individual understanding rather than mere acceptance of traditional ideas, and that it should rest on knowledge and experience, not on faith. We seek out Truth through study, reflection, meditation, service, and devotion to high ideals.

At the same time, Theosophists respect the beliefs of different traditions. We see each religion as an expression of the Divine Wisdom, adapted to the needs of a particular time and place. We prefer to study various religions rather than condemning them, and we prefer to practice them rather than trying to convert others. Theosophists extend tolerance to all, even to the intolerant, not as a privilege we bestow, but as a duty we perform. We seek to remove ignorance, not punish it. Our aims are peace and Truth.

All are welcome to use our resources and attend programs and events, and we encourage those who sympathize with our mission to become members.

To fulfill our mission in promoting fellowship and spiritual education, the Theosophical Society in America:

• Has local groups around the country where members can meet, explore, and practice together.
• Organizes lectures, classes, and workshops at the different local groups.
• Offers online resources that include articles, audio lectures, videos, live webinars, webcasts, and more.
• Publishes books and a quarterly magazine on spirituality, called Quest: Journal of the Theosophical Society in America.
• Has libraries that specialize on spiritual subjects, both at the national center in Wheaton, Illinois, as well as at the different local groups.
• Is affiliated with Theosophical camps that host courses and seminars in natural settings suitable for contemplation, meditation, and learning.

If you are in sympathy with our mission you can help us by supporting our work or becoming a member.

The Theosophical Society was founded in late 1875, in New York City, by Russian noblewoman, Helena Petrovna Blavatsky, and an American attorney, Colonel Henry Steel Olcott, along with another attorney, William Quan Judge, and a number of other individuals in search of the Ancient Wisdom.

Mme. Blavatsky was the first Russian woman to be naturalized as an American citizen. As a young woman, she traveled all over the world in search of wisdom about life and the reason for human existence. Eventually, Blavatsky brought the spiritual wisdom of the East and that of the ancient Western mysteries to the modern West, where they were virtually unknown. Her writings became the first exposition of what is today known as modern Theosophy. 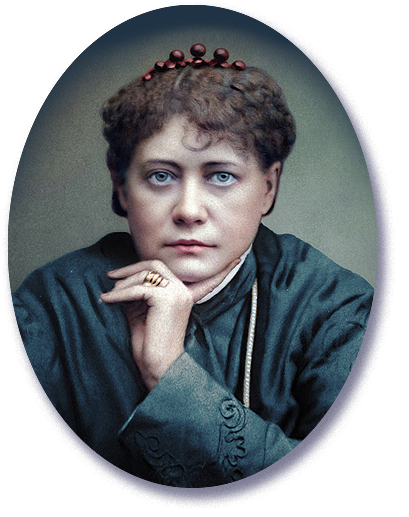 Colonel Henry S. Olcott, a prominent lawyer and journalist, became the first president of the Society. He was a veteran of the Civil War, during which he had been a special investigator into corruption in the armed services. Later he was a member of the commission appointed to investigate the assassination of President Abraham Lincoln. He was also an internationally renowned agricultural authority. Olcott related the timeless wisdom of Theosophy to the cultures of both East and West, applied it to everyday life, and built the Society into an international organization.

In 1879, Blavatsky and Olcott, the principal founders, moved to India, where the Society spread rapidly. In 1882, they established the Society‘s international headquarters in Adyar, a suburb of Madras (currently Chennai), where it has since remained. They also visited Ceylon (today’s Sri Lanka), where Olcott was so active in promoting social welfare among oppressed Buddhists that even now he is a national hero there.

By 1886 William Q. Judge had established an American Section of the international Society comprising branches in fourteen cities. Rapid growth took place under his guidance, so that by 1895 there were 102 American branches with nearly 6000 members. It was legally renamed The Theosophical Society in America (TSA) in 1934, and exists under that name to this day.

The administrative center of the TSA (called “Olcott” in honor of the co-founder) is located in Wheaton, Illinois, on forty acres of grounds. Olcott’s offerings include an extensive library, a bookstore, and a wide range of lectures and programs by many different authorities. Approximately 110 local groups in major cities of the country carry on active Theosophical work as well. 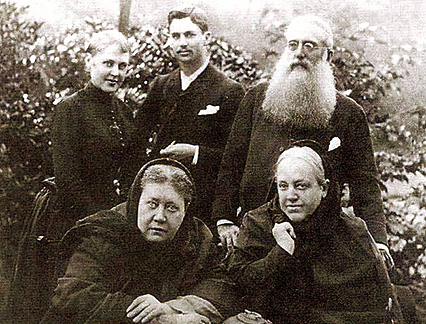 The Theosophical Society reserves for each member full freedom to interpret any and all teachings. At the same time it is dedicated to preserving and realizing the Ageless Wisdom, which embodies both a worldview and a vision of human self-transformation.

This tradition is founded upon certain fundamental propositions:

The universe and everything within it are one interrelated and interdependent whole.

Every being, animate and inanimate,-from atom to galaxy, is rooted in the same universal, life-creating Reality. This Reality is all-pervasive. It can never be completely expressed by its parts, since it transcends all its expressions. It reveals itself in the processes of nature as well as in the deepest recesses of the mind and spirit.

We recognize the unique value of every living being. Therefore we practice reverence for life, compassion for all, sympathy with the need of all individuals to find truth for themselves, and respect for all religious traditions. Each human has both the right and the responsibility to choose the ways in which he or she practices these ideals.

Theosophy promotes understanding and unity among people of all races, nationalities, philosophies, and religions. Therefore all people, whatever their race, creed, sex, caste, or color, are invited to participate equally in the life and work of the Society. The Society imposes no dogmas, but points toward the source of unity behind all differences. Devotion to truth, love for all living beings, and commitment to a life of altruism are the marks of the true Theosophist.

To learn more about the Society visit our online TheosophyWiki encyclopedia

Modern Theosophy holds that existence embraces more than the material realm. Moreover, a lack of knowledge about these higher aspects of reality leads many people to feel confused, conflicted, and unsure of their purpose in life.

Most Theosophists believe that we can gain knowledge of the Real, both in the universe and in human beings, by means of a holistic spiritual practice that includes study, meditation, and service.

Below are some of the basic ideas offered in Theosophical literature.

• Behind everything seen or unseen there is an eternal, boundless, and immutable absolute Reality, which is beyond the range of human thought. Both matter and consciousness (or spirit) are the two polar aspects of this Reality.
• The universe is cyclical in nature. In fact there have been many universes. Each one manifests, develops, and dissolves back into the absolute Reality. After a period of cosmic rest, a new universe appears again.
• Because everything proceeds from this one Reality, there is only one common life that pervades and sustains the whole universe. Every form of life is an expression of this unity.
• The visible universe is only its densest part of this Reality. Invisible dimensions or planes of extremely subtle kinds of matter-energy interpenetrate the physical world. Knowing this truth helps us to understand many things in the universe that are otherwise baffling.
• The universe has purpose. The entire system, visible and invisible, is the scene of a great scheme of evolution, in which life moves to ever more expressive forms, more responsive awareness, and more unified consciousness.
• There are no mechanical laws. The universe is pervaded by an immense intelligence, which is both present in the world and beyond it. Therefore intelligence is at the basis of all laws of nature. What most people consider “supernatural” is a manifestation of these otherwise unknown laws.
• Human consciousness is in essence identical with the ultimate Reality. This Reality is the root of our real Self, and it is shared by all beings. Thus at the core we are united with one another.
• The gradual unfolding of this Reality within us takes place over a long period of time through reincarnation, which is one aspect of the cyclic law that is seen everywhere in nature.
• The cycle of reincarnation is ruled by the law of karma, or cause and effect. The doctrine of karma holds that each cause produces an effect like itself, and that this effect will eventually return to the one who has acted. As St. Paul says, whatever we sow, we will reap. The law of karma enables us to weave our own destiny through the ages. It is the force that ensures justice in the universe, because it means that everything we experience is the fruit of our actions in the past—in this life or another. This offers great hope, because it gives us the opportunity to create our future by what we do in the present.
• The human pilgrimage takes us from the Source, where we begin as an unconscious part of the One Divine Reality, and leads us through the experience of the many, to finally take us back into union with the One, but now in full awareness. Our goal is thus to consciously realize ourselves as integral parts of the One, no longer polarized between consciousness and matter, or self and other. This realization is known as enlightenment.